A Farmer in My Native Town 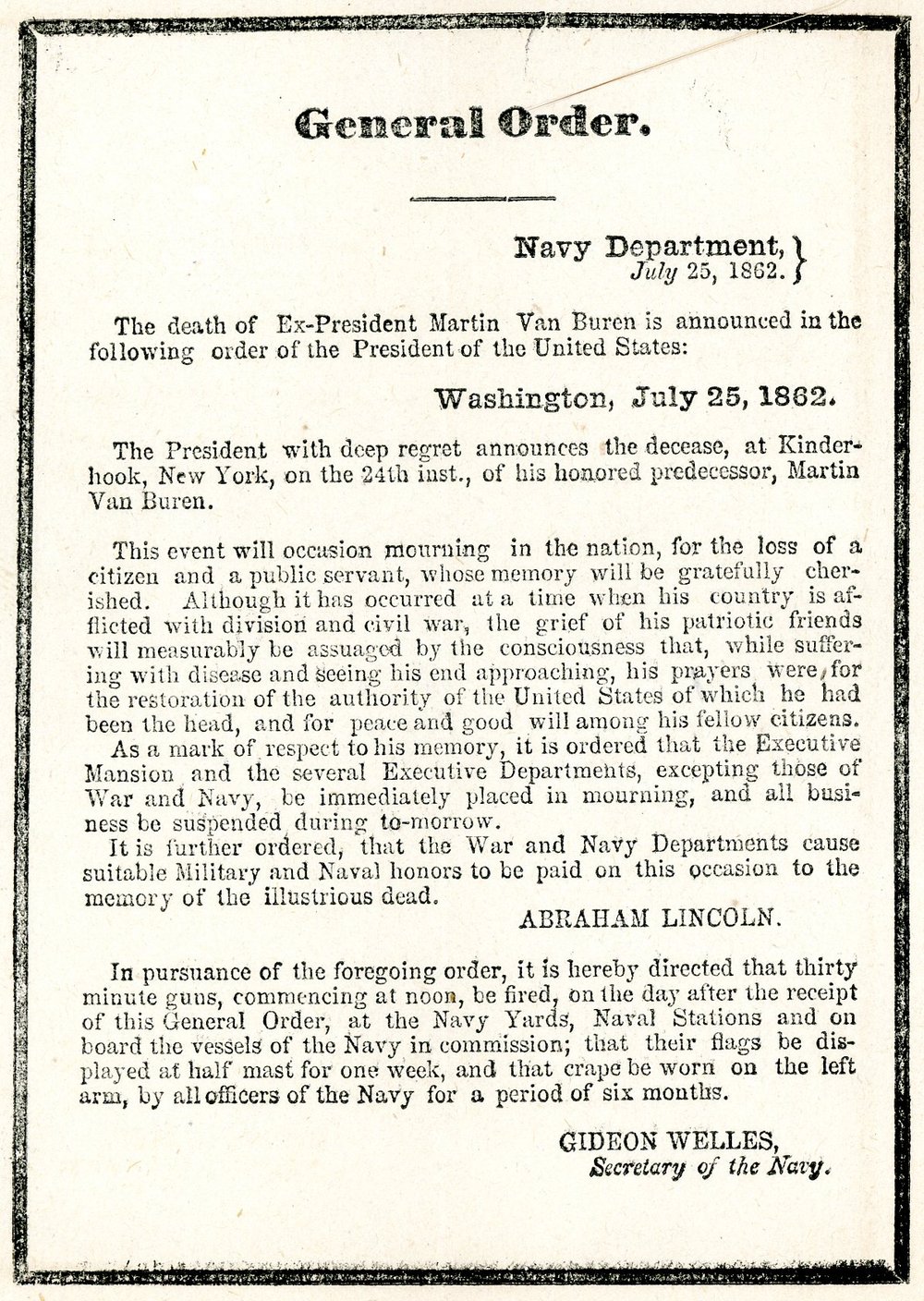 After a funeral at the Dutch Reformed Church on Broad Street in the village, President Van Buren was buried next to his wife Hannah and their son Martin, Jr., just three miles away from his beloved Lindenwald.