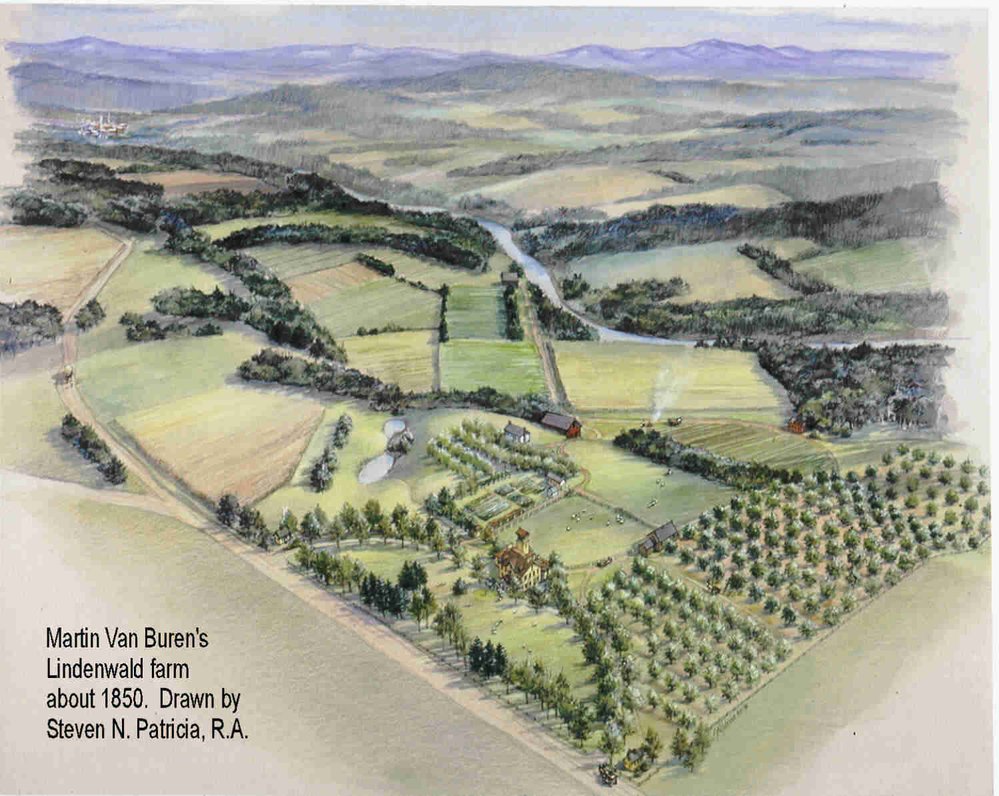 President Van Buren returned home to Lindenwald after losing the 1840 presidential election. The first two farm foremen, John Harder from 1839 -1841 and Patrick Cooney from 1841 - 1851, supervised improvements to the irrigation system and soil quality of the 220  acre farm.

Their accomplishments were noted in an agricultural journal, "Perhaps the most important improvements which have taken place on the farm, have been made on a tract of bog land, thirteen acres of which have been thoroughly reclaimed, and are covered with luxuriant crops of grass or oats. Three years ago,this land was almost worthless. It was first drained by ditches. The stumps, bushes, etc. were then cut out and burned, and the ashes spread on the land. It was afterwards sown to grass - using a mixture of timothy and red-top seed - three pecks to the acre... In this Mr. Van Buren has set a good example, which we hope will be followed by other farmers in the neighborhood who have lands similarly situated."