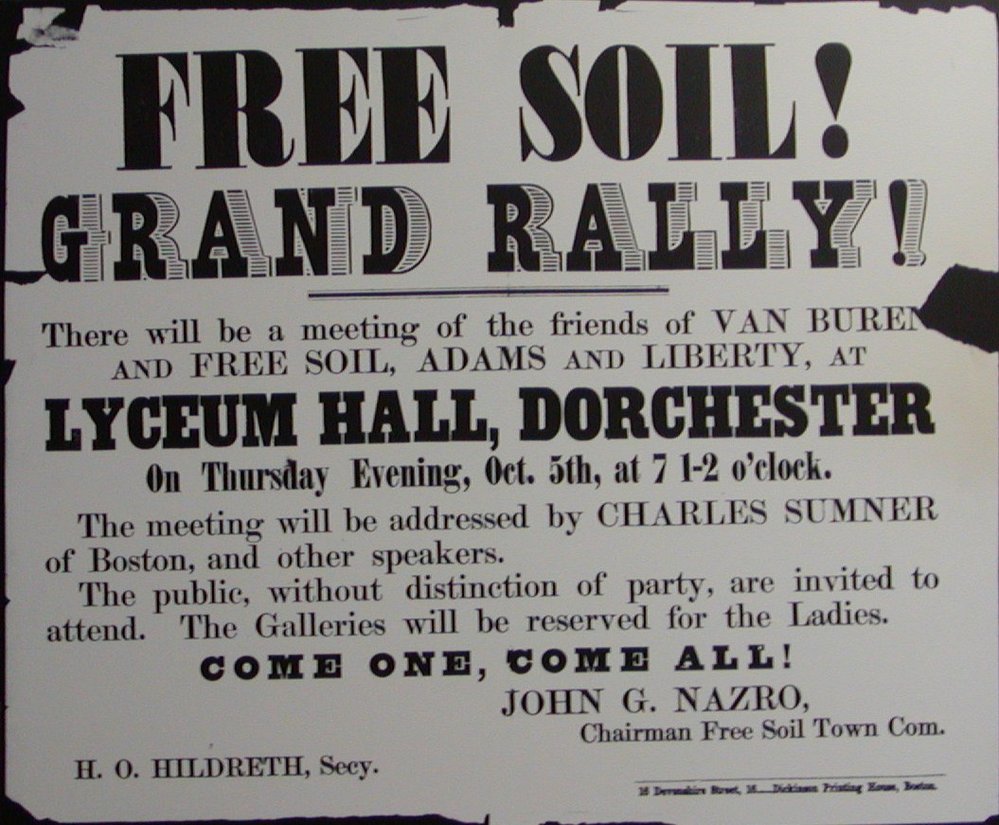 In July of 1848 a faction of New York State Democrats in Albany led by President Van Buren’s son John wanted to “nominate ex-President Van Buren on a Free Soil Platform.” After two days of debate over the details of a convention, John exclaimed, “Let us adjourn this debate and go to the theatre! Tomorrow we will drive down to Lindenwald and spend the Fourth with father. He shall give us a good dinner and help us to a settlement of this question.”

After an afternoon of conversation and an excellent dinner, the decision was made to split the Democratic Party and form the Free Soil Party with a national convention scheduled for August in Buffalo, NY. Even though Van Buren did not win the election and the Free Soil Party dissolved in 1854, the seeds of opposition to the expansion of slavery had been sown. Many Free Soilers would join the Republican Party and support Abraham Lincoln in 1860. 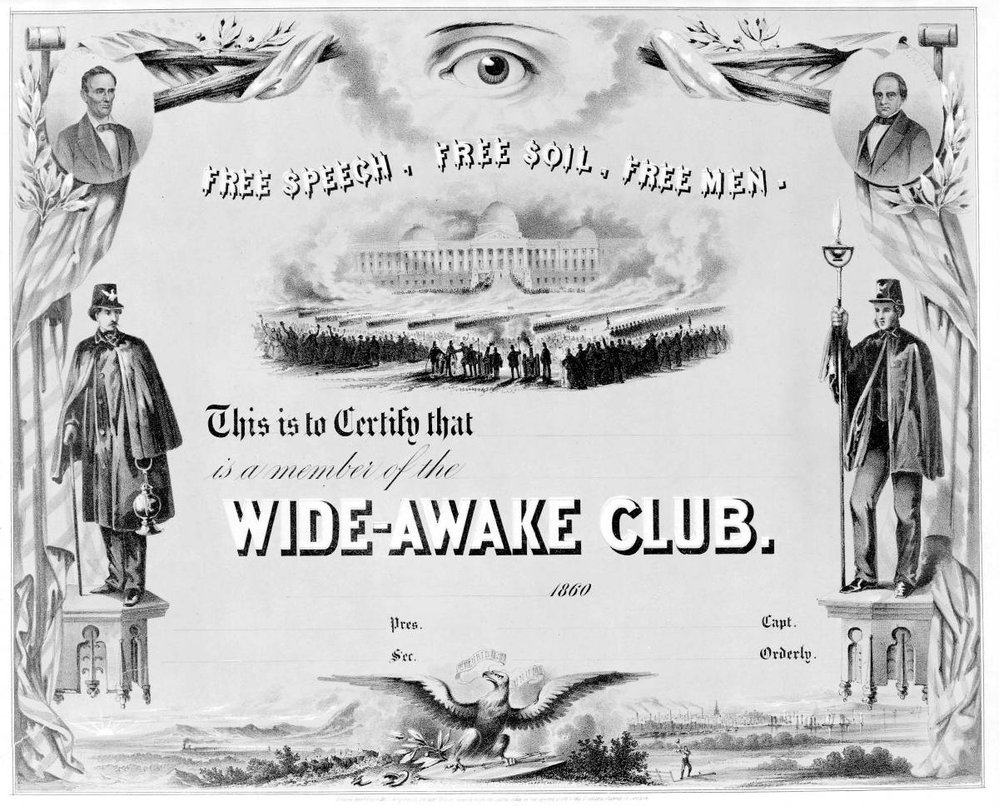 A complete explanation of this political cartoon may be found here.
Previous Site
Next Site