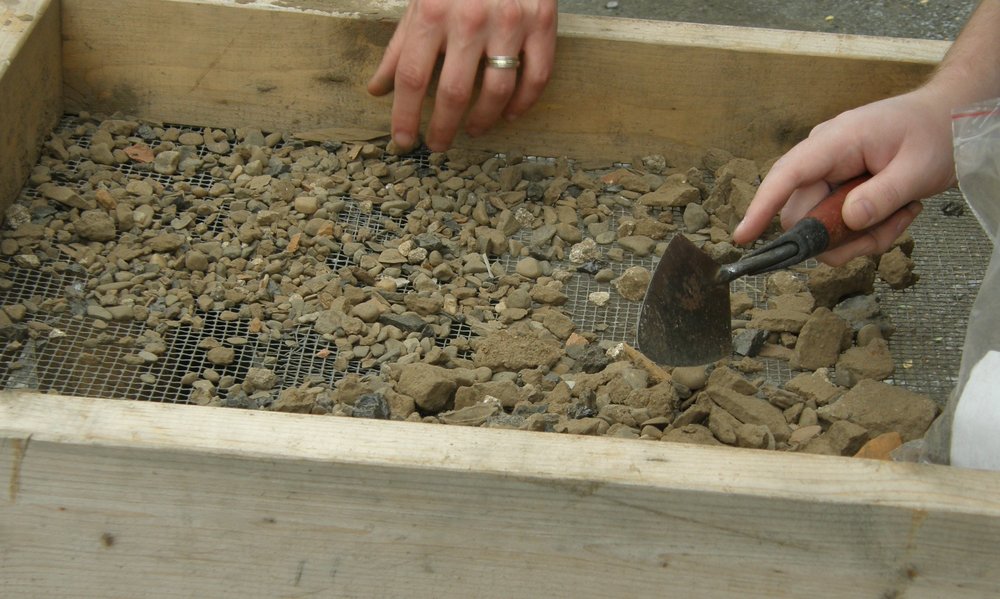 “Uncovering the past” often refers to archaeological investigations like the ones pictured here.

Resource studies also help "uncover the past" of historic buildings and their occupants. This gatehouse was 400 square feet and included an attic for sleeping space.The water source was a well southwest of the structure, while a privy was believed to have been located northwest of the gatehouse.

The 1850 census includes James and Mary Stephenson, both of Irish descent. James' occupation is listed as laborer and he reappears in the 1855 census with a promotion to coachman. In 1852, a daughter Mary was born to James and Mary, followed by Thomas in 1853. James was a long-time employee and continued to work after the death of his wife, raising their children to adulthood at Lindenwald.